Oregon State University (OSU) and the Coalition of Graduate Employees (CGE) are engaged in negotiating an update to their existing labor contract, which expires June 30, 2020. In these negotiations, OSU and CGE bargaining teams will discuss potential updates to existing language contained within the current collective bargaining agreement. These efforts will lead to a successor labor agreement between OSU and CGE.

CGE has presented the University with economic proposals related to salaries, benefits and other requirements. The University estimates that the requests would increase OSU’s expenditures by $45.0 to $54.4 million beginning next year and that most of the requests result in continuing increased annual expenditures. For context, the University anticipates a total increase of $20 million in education and general funding this coming year for the Corvallis campus.

In bargaining, the University must balance the cost of attendance for all OSU students, as well as manage competing financial pressures, such as challenges in state and federal support for higher education, and invest in priorities that advance the University’s mission and financial viability. Meanwhile, OSU colleges, divisions and units are managing significant expense reductions that occurred in FY18, FY19, and this fiscal year, and that will be necessary again next year.

Among other things, CGE is seeking:

Going forward, it is clear that CGE and the University must find common ground on these economic proposals. The University will pursue continued good faith bargaining to reach a fair and sustainable agreement.

Bargaining teams for the Coalition of Graduate Employees and the University are making steady progress. Teams exchanged four written counterproposals at the bargaining session, and multiple individuals offered testimony on behalf of CGE.

CGE offered counterproposals to the following articles – Evaluation (Article 15) and Grievance Procedure (Article 18). The University bargaining team presented written counterproposals on – Work Assignments (Article 10) and Appointments (Article 9). The university bargaining team also presented a detailed estimate of the financial cost of the CGE bargaining unit proposals offered to date by the union. The preliminary projected annual cost of the CGE proposals is estimated to be $45 to $54.4 million beginning next year. For more detail on the estimated costs, please see the university’s CGE bargaining web page.

The next bargaining session is scheduled for Feb. 26

The CGE and University bargaining teams presented a total of eight written proposals during the session. The CGE bargaining team presented four articles – Sick Leave (Article 30), a new article on Family and Medical Leave (Article Z), Grievances (Article 18), and Labor Management Meetings (Article 19), while the University bargaining team brought written counterproposals on the four articles, as well – Recognition (Article 2), University Rights (Article 7), No Strike or Lockout (Article 6), and Discipline and Discharge (Article 17). Through the University’s written counterproposals, the bargaining team reaffirmed OSU’s commitment to: (1) notify CGE if the University creates a new University-wide classification for graduate employees; (2) maintain existing language agreed upon by the Parties in previous negotiations related to the Graduate Assistants’ employment role should another group of employees strike; (3) continue to preserve the appraisal of academic progress and protocols within the academic units; and (4) encourage bargaining members to work with the office of Equal Opportunity and Access on issues related to discrimination, harassment, bullying and retaliation.

The Union bargaining team opened by presenting revisions to Article 6. Strikes and Lockouts, articulating that the union does not enter the negotiations with the intention of striking, but does not support individuals who work despite an ongoing strike.

Next, the Union bargaining team presented a proposal on Article 29. Restrooms and Locker Rooms. The Union stated the desire for bathrooms to be safe, accessible, gender neutral, and not located in a busy building hallway, and to be stocked with hygiene and sexual health products. As suggested by the addition of locker rooms to the article title, the Union bargaining team articulated the Union’s interest in safe, gender-neutral locker rooms being located throughout university facilities, and specifically within the Dixon Rec Center on the Corvallis campus. The Union bargaining team said that the current space provided CGE members is shared with Dixon employees and is deemed inadequate with respect to privacy.

After testimony by Union members, the discussion turned to the Letters of Agreement (LOA), which are matters negotiated between the two Parties, either during a partial negotiation re-opener or agreed to on a specific matter outside of the typical negotiations period. The University bargaining team brought a number of LOAs and expressed its desire to deactivate the LOAs and, instead address these matters within the body of the contract. The Union bargaining team responded that it does not intend to strike the LOAs, even though the Parties had previously agreed that certain letters would cease to remain active after a specific date. The University bargaining team reinforced the intent to transition concepts contained within the LOAs, when applicable, into the body of the contract and that a future counterproposal from the University would reinforce this position.

Attention then turned to Article 3. Terms and Agreement. The University bargaining team expressed a desire for a five-year contract within this counterproposal. In addition, the University bargaining team also offered a counterproposal to Article 18. Grievance Procedures. Proposed revisions expressed in this counter reinforce the principles of resolving matters at the informal stage, whenever possible. This benefits all parties as the direct supervisor can work directly with a graduate assistant to find resolution, when possible, in an appropriate timeframe. If a resolution is not identified between the graduate assistant and their direct supervisor, then an escalatory system remains available through the appropriate structure.

The parties bargain again in the new academic term. Dates and times to be determined at a later date.

The parties met for a third bargaining session. The session began with the CGE bargaining team presenting proposals on the following articles:

As the university team did not have immediate questions, the CGE offered members the opportunity to present testimony and each team convened a caucus. Subsequent to the caucus, the CGE team presented proposals on the following articles:

The University bargaining team posed clarifying questions to the CGE team about these two proposals and indicated that it would need additional time to consider CGE’s proposals.

The University team presented proposals on the following two articles:

The CGE and University bargaining teams clarified the articles and Letters of Agreements to be discussed at the December 6, 2019 bargaining session. The session concluded with final testimony from CGE members.

The University bargaining team indicated it would need more time to fully consider the proposals.

In addition, the University bargaining team presented a proposal to the CGE bargaining team that offered to integrate the concepts agreed to within the Labor Management Meeting Letter of Agreement with the existing Consultation article. The proposal confirms the University’s agreement to meet on a monthly basis and the ability to include five representatives to these meetings.

The  University bargaining team posed a few questions related to the articles and indicated that they would need more time to consider the proposals presented by CGE. 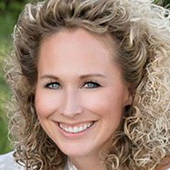 Heather Horn is the Associate Vice Provost and Senior Director, Employee and Labor Relations and serves as OSU's lead negotiator. Before joining Oregon on Feb. 28, 2019, she worked in labor and employee relations at the University of Illinois at both the Urbana-Champaign and Chicago campuses. 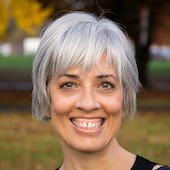 Steph Bernell is an associate dean of the Graduate School. She has taught over 80 courses at Oregon State, primarily in the areas of health policy and health economics. 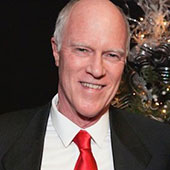 Sherm Bloomer is the director of the Office of Budget and Fiscal Planning and a professor of geology and geophysics. He oversees the development of OSU’s Education and General Fund budget, fiscal planning and tuition rate projections. Previously, he served as dean of the College of Science and taught undergraduate and graduate students for 22 years. 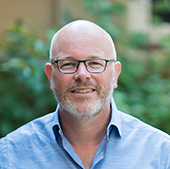 Eric Kirby is a professor of earthquake geology and active tectonics, and the associate dean for academic programs in the College of Earth, Ocean, and Atmospheric Sciences. He joined OSU in 2013 after having taught for nearly 11 years as a faculty member at Penn State University. 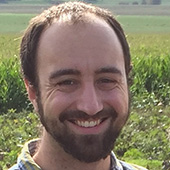